Confessions From a Former Diabetic…

When I was 5 months pregnant, I went to the lab for a routine glucose test, I failed miserably.  I ended up having to stay for a longer test that consisted of drinking yucky orange soda stuff every hour for 3 hours and having my glucose level checked after each hour. This test apparently measures how well your body processes and controls your insulin levels. Once again, I failed it and not just by a little bit.  I was diagnosed with gestational diabetes and needed to make an appointment with the diabetic nutritionist right away.  I had to change my diet immediately because the health and vitality of my baby depended upon the food choices I would make for the next 4 months.

Can you imagine the pressure?

It’s amazing how disciplined you can be in an emergency situation. Although I was tempted at times, especially in restaurants, I followed the diet to the letter.  Interestingly enough, I saw my body tone up and change, even in its pregnant state.  So much so, that people would ask me if I was working out.  The muscles in my arms, legs and back became more and more defined.  I was NOT working out, AT ALL.  I barely had enough energy to go to work and take care of my responsibilities.

So what diet did the nutritionist put me on….? (I’m so glad you asked!)

One of my four staple foods…meat.

The diet was basically carb counting. Every 15 carbs = 1 sugar.  At breakfast I could have 2 sugars (30 carbs).  At lunch, I could have 3 sugars (45 carbs) and at dinner I could have 2 sugars. (30 carbs) This was a huge change for me because before diabetes, I would have a healthy breakfast, 1 piece of toast, a vanilla yogurt and 5 to 6 strawberries, or a bagel and low-fat creme cheese.  However, I realized that this was an all carb breakfast that included 5 to 6 points (75 carbs to 90 carbs) and would spike my blood sugar.

At each meal, I reduced my carb count to the prescribed amount. Overall, I would not have more than 105 grams of carbs per day.  I also had a snack in between meals that consisted of string cheese or whole wheat peanut butter crackers, and of course, I drank lots and lots of water!

I changed my diet to mainly include only these 4 things: meat, cheese, eggs and vegetables (minimal corn, carrots or peas).  I got really creative in mixing and interchanging these items.  Generally, I didn’t pay attention to fat grams or calories, only sugars. As a result, I saw my body change.

To keep me on track, I kept a food log. It was very hard to do at first, but I adapted quickly and stayed the course because my little one’s life was in danger.

The result (for me) was more defined muscle tone. I only gained ounces (instead of pounds) from week to week, I had more energy and felt great.

The amazing thing is, once I had my baby, I was instantly cured.  He was born full-term and healthy.

My baby just turned one, so in honor of him, I’m going to try this diet for the remainder of the month of July and of course, this time I’ll be exercising.  I’ll keep you posted on how it goes!  If you have any tips to help, please leave them!

One response to “Confessions From a Former Diabetic…” 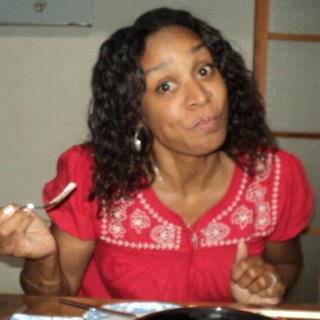